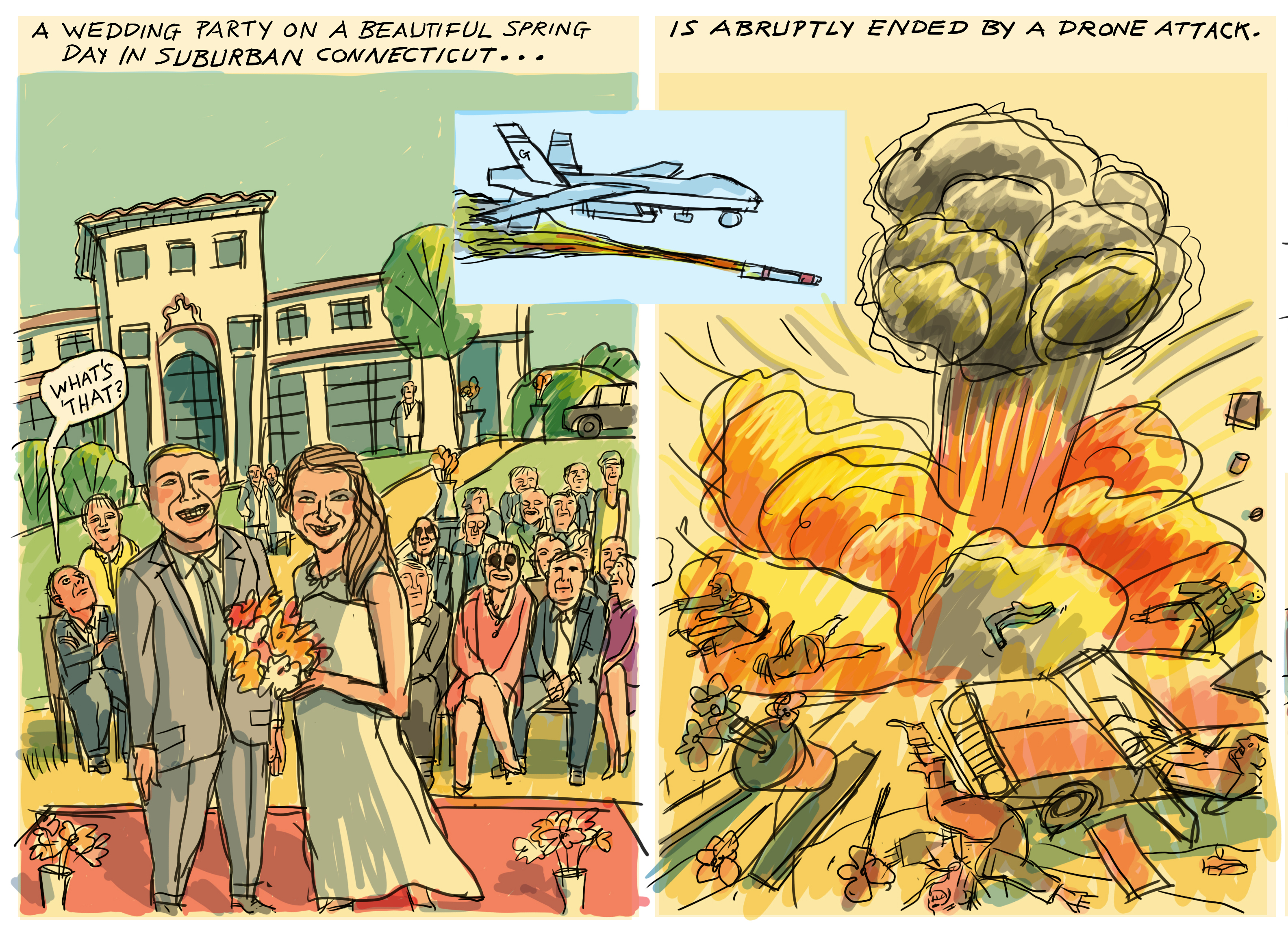 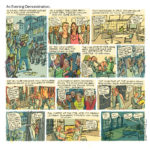 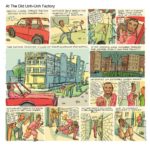 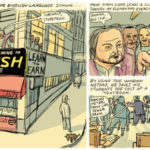 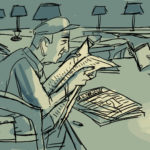 Our Mental Age. Through a series of picture-recitations, cartoonist Ben Katchor explores the subjects of universal price-code reading, drones for hire, public housing, prison-style, imaginary war crimes, crumb collectors and other cultural phenomena of the 21st century and beyond.

Ben Katchor’s picture-stories include Julius Knipl, Real Estate Photographer, Hotel & Farm, The Jew of New York, The Cardboard Valise, and Shoehorn Technique. His recent work can be seen at Ourmentalage.com. His latest book, Hand-Drying in America and other stories (Pantheon) was published in 2013. He’s collaborated with composer Mark Mulcahy on six music-theater shows, most recently The Imaginary War Crimes Tribunal (2014).  He was the recipient of a MacArthur Foundation Fellowship,  a Guggenheim Fellowship and a fellowship at the American Academy in Berlin. He is an Associate Professor at Parsons School of Design – The New School in New York City where he teaches in the the Illustration program.
„His books’ titles alone, The Cardboard Valise and Julius Knipl, Real Estate Photographer, signal that you are about to enter the zany world of an inventive and original mind who is endlessly fascinated by the great city where he lives.“ Susan Szenasy, director of design innovation at Metropolis magazine.