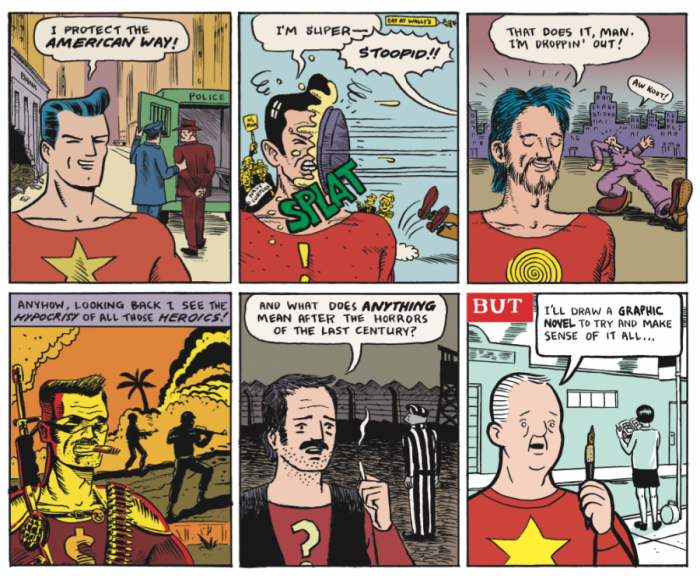 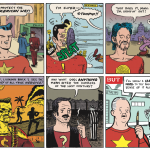 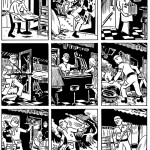 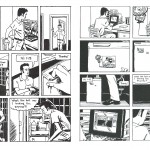 I have used the principles behind my book 99 Ways to Tell a Story: Exercises in Style as a very successful teaching tool for comics and creative problem solving. Working from a simple one-page script, students retell and redraw the story from a different point of view, or in an unfamiliar genre, or in the style of an artist they admire. Finally, drawing from Lars von Trier’s film The Five Obstructions, I have them give each other a set of constraints―as weird and challenging as possible―to reimagine the story a final time. The game-like exercise leads students to discover the richness and variety of visual and narrative expression available to them in comics.

Matt Madden (NYC 1968) is a cartoonist who has also taught at the School of Visual Arts and in workshops around the world. His work includes 99 Ways to Tell a Story: Exercises in Style (Penguin), his comics adaptation of Raymond Queneau’s Exercises in Style; a translation from the French of Aristophane’s The Zabîme Sisters (First Second); and Drawing Words & Writing Pictures and Mastering Comics, (First Second), a pair of comics textbooks written in collaboration with his wife, Jessica Abel. The couple were series editors for The Best American Comics from Houghton-Mifflin Harcourt for six years. In 2013 he was named Chevalier dans l’Ordre des Arts et des Lettres by the French Government. He is currently on an extended residency in Angoulême, France with Jessica and their two children. You’ll find recent news at www.mattmadden.com.