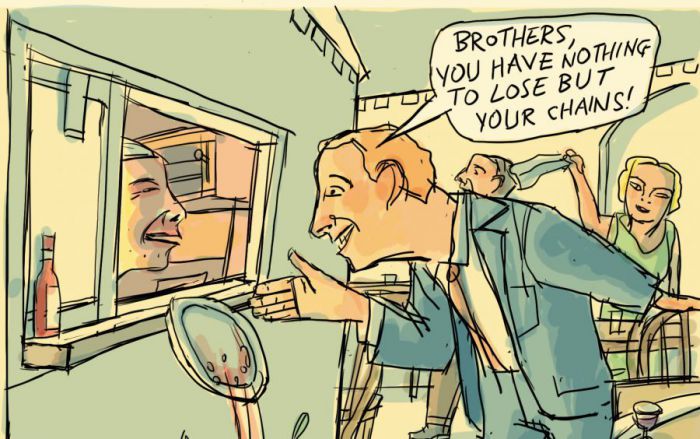 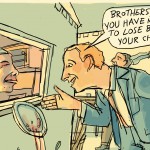 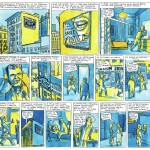 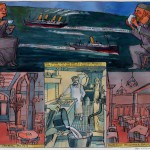 On the realities of teaching comics and other text-image work on a university-level in the United States. Although text-image work pervades the culture, there are difficulties involved in situating courses in this antique form of multi-media within the disciplinary framework that still exists in the academic world. Coupled with this problem is the shrinking support for the humanities in higher education in the U.S. and the reluctance of students to experiment with new forms of text-image expression when they’re concerned about making “commercial” work to pay off the loans that covered the cost of their luxury education. As the advertising basis for comics in newspapers, magazines and online has disappeared, the students’ concerns with making work that appeals to the market are largely imaginary.

Ben Katchor’s picture-stories include Julius Knipl, Real Estate Photographer, Hotel & Farm, The Jew of New York, The Cardboard Valise, and Shoehorn Technique. He produces a monthly strip for Metropolis magazine. His latest book, Hand-Drying in America and other stories (Pantheon) was published in 2013. He’s collaborated with composer Mark Mulcahy on six music-theater shows, most recently The Imaginary War Crimes Tribunal (2014).  He was the recipient of a MacArthur Foundation Fellowship,  a Guggenheim Fellowship and a fellowship at the American Academy in Berlin. He is an Associate Professor at Parsons School of Design – The New School in New York City where he teaches in the the Illustration program.

«Ben Katchor … is the most poetic, deeply layered artist ever to draw a comic strip.» — New York Times Book Review